Positive Attitude Youth Center is a faith-based non-profit social organization in Burlington, NC that serves the diverse community of Alamance County and works to reach out to children and young adults by providing education, recreation, health, and life-skill enhancement opportunities.

A teacher affects eternity; he can never tell where his influence stops.

“Positive Attitude Youth Center strives to provide the youth of the community with a safe, positive, and social learning environment where they have the opportunity to mature physically, spiritually, and emotionally."

The Positive Attitude Youth Center was founded in 1995 by Pastor Kerry Richmond and his wife Eunice Richmond as a faith-based organization seeking to enable children and young adults to mature physically, emotionally and spiritually. Since June of 1995, the Positive Attitude Youth Center has provided a variety of programs for children between the ages of 6-17, in addition to providing services for their parents.

Many local schools and social service agencies partner with the PAYC to connect families with the services and programs the center provides. 85% of children who attend the youth center achieve better grades and exhibit a positive attitude in school.

These youth programs include after-school, tutoring, recreation and family events. The children have the opportunity to participate in a summer program which includes sports, music, Bible study and field trips. Parents are also able to attend life skill classes throughout the year.

PAYC was founded by Pastor Kerry Richmond in 1994. While he was in between decisions in his life, the Lord spoke to him concerning serving with families and youth. So in March of 1995, PAYC started its first After-School Program. This program had 22 students and 2 people to serve them: Eunice and Kerry Richmond. The center was located on the corner of Hawkins and Mebane St, the location of a former nightclub where a friend of Pastor Kerry had been killed. Our organization spent about 8 months there.

In October of 1995, PAYC moved to a school gym named Sellars Gunn. This location we shared with another program, so our number of participating students soon doubled. We were at this 2nd location until 1996 before moving to Eastbrook Apartments, where Pastor Kerry resided at the time. Eastbrook’s clubhouse could only hold about 20 students at a time. Due to our growing number of students and a demand need for more space, we expanded with more after-school programs in other apartment complexes including Autumn Lane, Beaumont, Tucker St., and Burlington Housing Authority. There, we formed out volunteer base.

2 years later, in 1998, we moved into an area at Allied Church’s Homeless Shelter. We had a little more room and our after-school and summer programs continued to grow. 2 more years later, we moved once again to another former club, called the Hot Spot, located on North Church Street. This building had a lot of history, but enough space for us to grow more than ever before. So, from 2000 until we left in 2003, the center had about 50 students in the after-school programs and about 60 in summer club.

PAYC moved to Glen Raven, which had space for a greater facility, including a playground and outdoor basketball court. We also gained 2 vans and a bus, and since have been able to pick up kids from 10 different schools in the area.

Soon, PAYC started it’s relationship with other agencies and organizations. A new program for court-ordered juveniles and at-risk teenagers, called Teen Achievers, had started. Our after-school program was up to over 60 students per day.

Finally, 2003, the Hayden Harman foundation donated land on Graham/Hopedale Road to build a new PAYC facility. In March of 2005, PAYC had a ground-breaking ceremony for the new building. After a long three years of construction (in the meantime still being headquartered in Glen Raven), we raised enough funds to hold a Grand Opening on October 1st, 2008.

Now, Positive Attitude has over 80 students in After School, 50 students in Summer Club, 4-Star Daycare with 40 students, an Academic School for 2nd to 12th grade with 30 students, and a Recreational Program that serves over 70 students. PAYC also now has Boy Scout and Girl Scout troops. A facilities feature a gym,playground, basketball courts (indoor and outdoor), a computer lab, classrooms, and even an outdoor walking trail that helps students with exercise.

PAYC is blessed to have been serving the community for over 25 years. 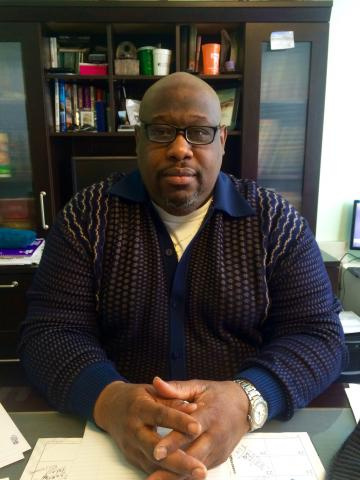 Pastor Kerry Richmond is an Alamance County Native. He graduated from Hugh M. Cummings High School in 1981. He attended Shaw University in North Carolina, A&T University, and Alamance County Community College and received a degree in Criminal Justice. He received a Christian Counseling certificate from Pinnacle Bible College. He is currently the pastor at New Life Community Baptist Church, which began in 1999. Pastor Kerry started PAYC in 1995 as a vision from the Lord. He saw the need in community from life experiences. He opened the doors in March of 1995 to 30 eager children and families. Now he is working on his Christian Education degree online with Piedmont International University. 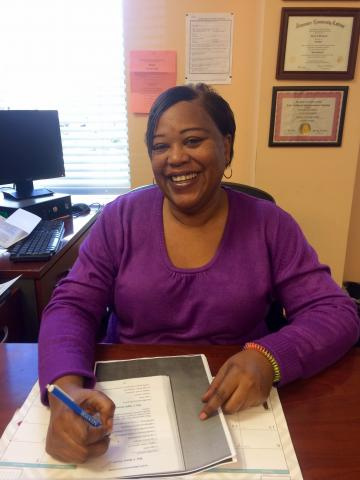 Eunice has been fearlessly leading our Positive Daycare 2011. She graduated from Alamance Community College with a degree in Early Childhood Development. You'll often see Ms. Eunice walking through PAYC with a line of little ones following closely behind. They love her! 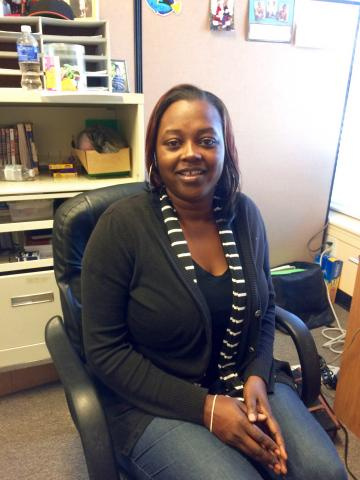 Tasha was one of the first PAYC participants when her parents started the program in 1995, when she was 12 years old. She participated in the after-school program and the summer camp until graduating high school. Tasha was accepted to Methodist University to play basketball, and eventually transferred to NC A&T, where she graduated with a bachelor's degree in social work in 2007. She has been working at PAYC ever since! As Program Coordinator, she works in administration as well as directly with the children organizing daily activities.

When you come to pick up your kids from PAYC, odds are you will see the lovely Ms. Iris at our front desk! She knows PAYC in and out, and does a lot of our administrative work. She loves working with the kids, and they love her too. Iris also leads our Girl Scouts program!

Mayra is our 1st, 2nd, and 3rd grade teacher! She has been working at Positive DaySchool since 2014. Mayra is currently studying sonography at Alamance Community College.

Carolyn started working at Positive DaySchool in 2015, teaching science and math to our 4th and 5th graders,. She first got her bachelor's degree at Winston Salem State in  Intermediate Education and social studies. Then, in 1982, she graduated with a Master's in Early Childhood Education with the credentials to teach kindergarten through 9th grade! She makes science fun!

Angela is one of our newest staff members! She started teaching 2nd and 3rd grade in 2019 after retiring as an elementary school teacher with Orange County School System. She has a Elementary Education degree from NC A&Tlivingstone college, salisbury nc, elementary ed k-6, 2nd 3rd, started 2019, retired orange county, advanced degree in birth to kindergarten from nc central in durham, fave is reading

“Positive Attitude Youth Center is a faith-based non-profit social organization in Burlington, NC that serves the diverse community of Alamance County and works to reach out to children and young adults by providing education, recreation, health, and life-skill enhancement opportunities.”

The Positive Attitude Youth Center is a non-profit organization in the Burlington, North Carolina community that works to reach out to children and young adults to help them mature physically, spiritually, and emotionally.